Ahead of the Formula 1 race this weekend at Mexico, Formula 1 Williams Driver Felipe Massa drove the Jaguar’s C-X75 supercar which is featured in the new Bond adventure, SPECTRE. This activity celebrates the Americas movie premiere, taking place in Mexico City on 2nd November, and the Formula One Gran Premio de Mexico. 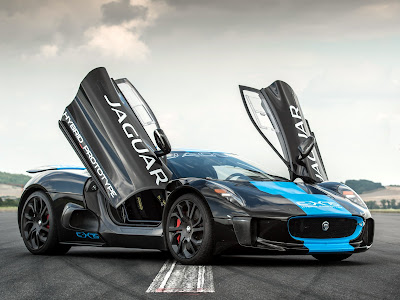 Williams Martini Racing driver Felipe Massa, said: “It was a thrill to take the wheel of a real stunt car used in a Bond movie.  Jaguar partnered with Williams Advanced Engineering on the production of these stunning supercars, so it was great to experience some of what my colleagues have developed outside of F1.  It was so much fun, and very exciting to be driving the Jaguar on a SPECTRE filming location here in Mexico City.”

Do check out the video here: