Indian rising star and GT specialist, Aditya Patel, heads to Shanghai for the final Round of the Audi R8 LMS Cup this weekend. The Chennai driver is one among the six drivers who stands a Chance of clinching the championship title this weekend. 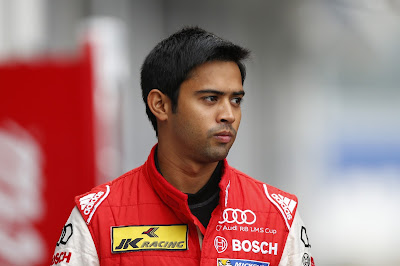 Aditya Patel, who is backed by Audi India, JK Tyres and Jubilant Motorworks, had a good run at the halfway mark of the series and was leading the championship table.
Unfortunately the second half of the season has been marred by unfortunate incidents which saw Patel come away with only 12 points, after scoring an impressive eighty points in the first half. 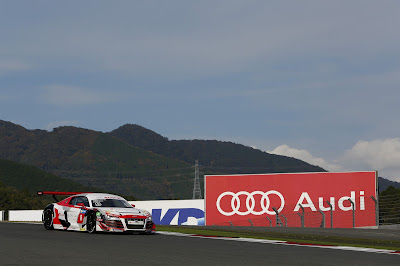 The lone Indian in the field, however, feels confident of a good showing in the final race of what has been the closest championship in the history of the cup so far. Alex Yoong, Frankie Cheng, Marchy Lee, Rahel Frey and Thomas Fjordbach are the other drivers fighting for the title in what is expected to be an epic finale.

“It’s been a mixed year. After starting off so well, things didn’t really go as per plan in the second half of the season. But that’s racing. I still have the slimmest chance of fighting for the championship and the goal for this weekend is to win a race and score as many points as I can!”, said Aditya on his thoughts of the weekend to come and the season so far.

Alex and Frankie are tied with 127 points and Aditya has 92 to its credit. It could end up as a close content. Aditya clearly has the potential to turn the circumstances around and pull out a stunner. The while nation’s looking forward to it. We wish Aditya good luck..!!!!